Facebook is bullshit, but nevermind that because it's New Year's Resolution Time

December 27, 2014
I am presently the proud(?) owner of two Facebook profiles because a couple weeks ago I told someone off and they reported my profile name as fake. That resulted in Facebook unceremoniously disabling my account and effectively zotting every interaction I've ever had under that profile into the abyss. I wasn't sure if I my attempts to send them proof of identity were going to be successful in resurrecting the account, and my 8 years worth of photos.

Nevermind that I originally took on a nickname on Facebook when I was going through a separation and divorce in 2007/2008. Nevermind that I decided to keep my pseudonym when I started receiving rape and death threats from my involvement in SlutWalk. Nevermind that my name is rather unique and makes me an easier target to track down. Nevermind that the person I pissed off got huffy because I told them not to make ableist statements on my personal page or I'd ban them. Nevermind any of that Facebook, just kindly go take a long walk off a short pier and go thoroughly fuck yourselves.

Last year at this time was such a bleak, black hole of suck that I don't even care to follow through on my usual habit of looking up my posts around this time and comparing notes with my previous resolutions. I'm just going to go forward and onward from this much more solid and stable jumping off point.

Ok, I lied and just went back and checked out all my resolutions. But that's a good thing! What I've been able to accomplish this year are:


So, since that's what I didn't accomplish, let's see what I want to/ feasibly believe I can accomplish given where we are now:


All in all, I'm in a really great spot personally. If I don't get any of my resolutions done, I'm still going to be in a far better spot than in 2013 or 2014. This is already shaping up to be an amazing and positive and prosperous year. 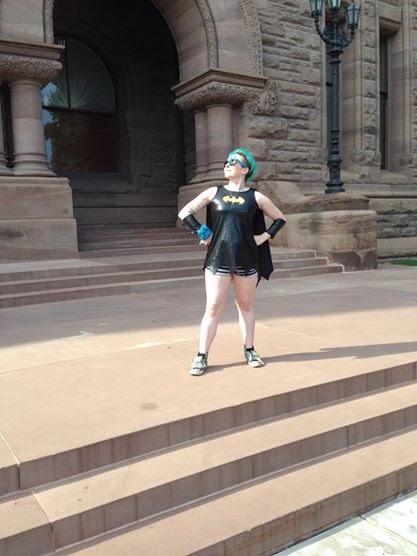