November 25, 2014
I'm not an organizer of this protest, I'm just signal-boosting for all Toronto residents to have the opportunity to come out and show solidarity tomorrow for #Ferguson and all the black folks on both sides of the border who are targets of state violence and lethal anti-black racism. 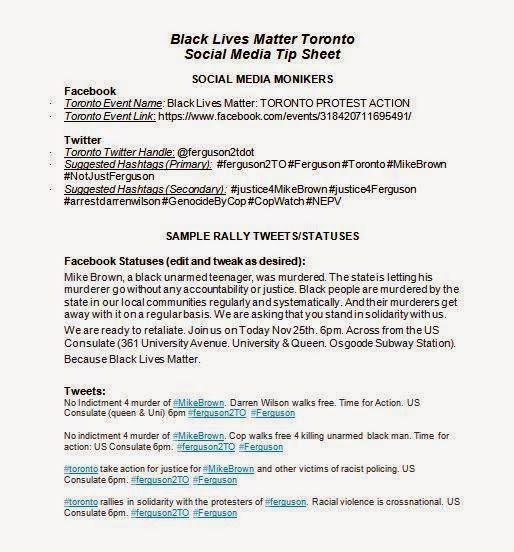 Text of image below: