Jeez people are such whiners nowadays!

October 02, 2014
It's only the second of October and I've already had it up to here ^ with folks. On Facebook there's an image of a Halloween yard decoration that was taken down because the neighbours objected to how graphic it was.

I was going to share it but, enh, screw it. You can mentally fill in the blanks on what you might think crosses the line or not.

Now, don't get me wrong, I love Halloween. I mean I looooooooove Halloween. I love getting dressed up, I love trick or treating (thank goodness for young family members and friends kids we can borrow!), and I love watching all the scary movies they start marathoning on tv. October and Halloween are legitimately my favourite time of year.

But that's just the thing. I like it. I have my own quirks and personal preferences and things I love and hate and am pretty solidly "meh" about. If people don't share my quirks, that's not only ok, with over 7 billion people on the planet that's pretty much a given.

Take my wife, for example. We've got a lot of really solid things in common that make us a great match. And then we have our differences. She's a big ol' scaredy cat. That's not an insult or me maligning her character. That's what she calls herself because she hates scary movies, haunted houses, scary anything and just generally hates being scared at all ever. And you know what? That's fine. Fear, disgust, and repulsion aren't emotions we can reasonably expect everyone to enjoy or numb themselves to.

Well, unless you ask these people: 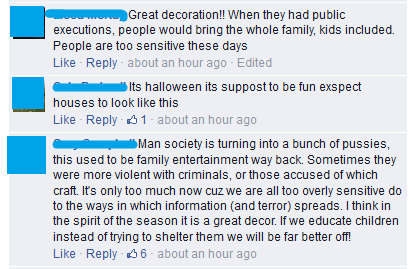 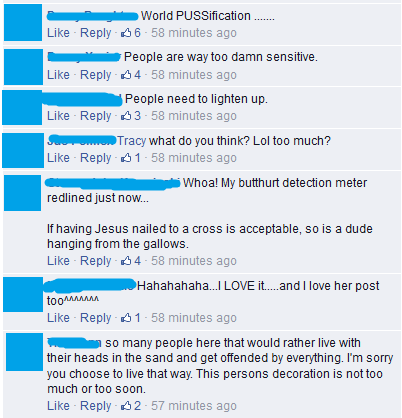 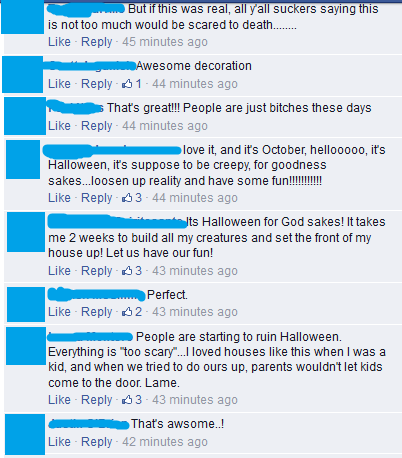 I find it extremely ironic that many of the folks who make such a big fuss about people disagreeing with them do so from a standpoint of "Gosh. People are just so sensitive nowadays! I am so outraged by their sensitivity that I'm going to take it as a personal insult that they aren't all Rambo and watch snuff films for kicks."


Maybe y'all aren't jaded or desensitized or too cool to be affected. Maybe y'alls are just pretentious assholes. Don't get me wrong, I've been the pretentious asshole, too, who thought it was cooler not only to "not give a shit", but to chide anyone who had the audacity to go through life feeling anything but smugness. There is hope. You can choose to not be such a douche.