May 31, 2018
I'm not going to sugar coat things here. For a lot of people, things are extremely scary and bleak right now. Just yesterday I wrote about some of the barriers facing folks who have been relying on sex work to get by. It's gotten worse today - one of the main sites being used is only accepting Bitcoin as payment, and users have to pay upfront a minimum of $85CAD (based on current USD conversion rates) to be able to place ads.

"So get a 'real' job," you might say if you're an asshole and didn't actually read anything I wrote about the employment barriers. Minimum wage is $14 in Ontario right now, and set to raise to $15 in 2019. If the PC party takes over, they want to cancel that increase and freeze minimum wage again.

If you are making $14/hr for 37.5 hours a week, you're making $525 before taxes. That means, based on minimum wage, you cannot afford a studio apartment working full-time, or even to split a 2 bedroom apartment with just two people. And Ford wants to roll back rent control.

This election is a big deal. The decisions made by the party who gains (or retains) power next week will have immediate and long-term consequences. We cannot afford to be idle or even cynical. We have seen firsthand what ideologues without a moral compass can do to the most vulnerable citizens.

Right now the CBCs polls project the NDP will get the most votes, but because of our broken, stupid, archaic First-Past-The-Post system, they are predicting the Conservatives will gain a majority. We cannot let this come to pass. I will not accept that as an option.

To see what parties are saying about the issues, Macleans has published a breakdown of each parties' platforms here.

Random guy on the internet, Christopher Bird, has laid out compelling reasons to please, for the love of gods, not vote for Ford here.

The PCs state flat out they're not going to reveal the costs of their platform before the election here.

And an article stating the youth vote is needed to secure an NDP win is here.

I'm not going to pretend to be unbiased. I am absolutely biased. I want the NDP to win. As a province, I want us to be lead by a party that has a sense of humanity and community and wants to see the most vulnerable of us succeed.

On June 7th I'm going to be voting for the NDP, and I beg of you, all of you, to get out and vote and do the same. We're all in this together. 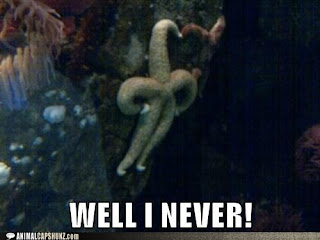