Lions, Tigers, and Rapists. Oh, my!

April 23, 2012
If you've spent any amount of time on forums talking about sexual violence, you've likely come across posts similar to the following:

Hypothetical situation: You live in a savanna, inhabited by lions. You know the lions exist, and you are warned of the lions by your friends, family, and colleagues.

However, it is your right to wear an outfit made out of raw meat, if you so please. You do so, and are brutally mutilated by a lion before you can be rushed to the hospital.

You start a [futile] campaign to eradicate dangerous lions from the savanna, while also campaigning against victim-blaming, arguing that your outfit was no excuse for a lion to attack you

But, for the sake of argument, I'll play along with this particular scenario.

Let's say that I do live in the savana, as many people do, and that there are lions. And let's say I wear a suit made of meat (maybe Lady Gaga is making a visit and it's an hommage of sorts). If a lion attacks me, I could potentially take off the meat suit and toss it at the lion to stave off attack, since the lion will be after the meatsuit, and not necessarily me.

Or, let's say I don't wear a meat suit. Well, to a lion, I am a meat suit. So, unless I'm wearing a bearproof (or lionproof) suit, then I'm still vulnerable.

Now, taking from the above example, let's say that my family and friends didn't let me know that I'm still meat to the lion even when I'm not wearing the dreaded meat suit. Let's say they also didn't tell me that lions can be my friends and family members and coworkers and spouses. Let's say that they think the lions only live in the savana and attack meat suits, and then blame me when I'm attacked in my home when wearing a night gown. How did this meat suit "advice" protect me?

Also, if we were talking about actual lions, it would be pretty easy to eradicate them. Humans have been driving other species into exctinction for at least hundreds of years, now. If I could just shoot and kill these lions without censure or recourse or being more heavily punished than the lion that attacked me, then this would be an entirely different situation.

As it stands, I'd much rather try my chances with a lion. At least I can spot a lion, I know what a lion is, what to expect from a lion, and if I were to get mauled by a lion no one would debate whether I got mauled or was just faking it. 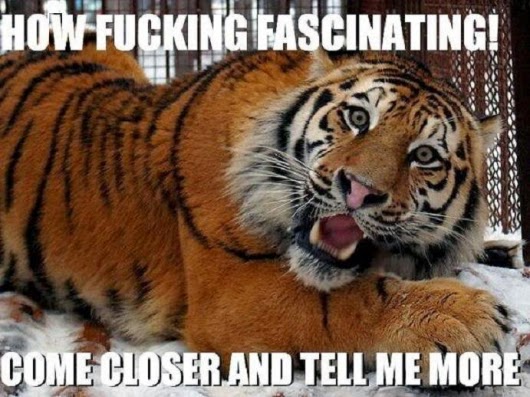