Who are these "Hollywood-esque" rapists? *TW*

January 27, 2012
I've been mulling over a particular issue in regards to sexual violence, and I'm not 100% sure how to approach it, so any input would be appreciated.

This past year there have been a lot of conversations going on in the public sphere about taking the onus of rape prevention off of potential victims and holding rapists (or potential rapists) accountable. This is a great start, but one of the areas where there is still resistance is that a lot of people don't believe there's any point in telling rapists "don't rape" since they believe these rapists won't listen anyways.

So, let's talk about rapists. We know that most sexual violence is committed by someone known to the victim. We know that rape is about power and control, and not someone overwhelmed by sexual desire. We know that a large percentage of rapes are never reported, and because of the low reports rates and culture that places blame on the victim, most reports of rape do not end in jailtime or a conviction.

Part of the problem is our views of who the victims are - sluts, party girls, irresponsible ninnies who go jogging through dark alleys at 3am, college women who get "pressured" into sex, teenagers who hang with the wrong crowd, etc. There is definitely a tendency in our culture to set up hierarchies of who we think get raped more often and who we will blame for their assaults or disbelieve when they report.

What makes it easy to put this back on the victims is who our culture expects rapists to be - drooling, physically deformed, socially-awkward, dishevelled persons with mental health issues that hang out in the "bad" areas of town and in alleys in the middle of the night. They're also ocassionally accompanied by dramatic theme music and fog machines.

But who are rapists actually? People. Regular people. Intelligent people. Popular people. Family members. Community leaders. Attractive people who can easily find partners to have consensual sex with them. Charismatic people who make their friends and family feel valued and loved. Funny people who are a joy to be around. People who are wonderful enough that, when accused of a crime, will have supporters coming out of the woodwork to stand up for them and attest to their glowing characters.

As a culture, we need to reconcile our discomfort. We need to check ourselves before we disbelieve a report of sexual violence. Not because no one ever falsely reports, but because of the consequence of not giving someone the benefit of the doubt and reserving judgement. Next time it could be you who is assaulted and disbelieved. Next time it could be your partner, child, parent, etc. We owe it to each other to reconcile our discomfort and our cognitive dissonance to give people who disclose abuse the benefit of the doubt so that we can help dismantle this rape culture.

We can't do that by telling women to avoid dark alleys. 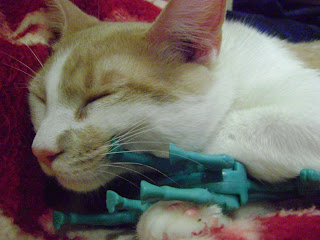